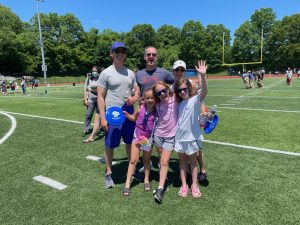 What a day! The sun was shining as over 500 families came to Edgemont High School for all sorts of activities and fun. From the raffles to the gaga pit, the community spirit was palpable all morning long. Special thanks to our sponsors: